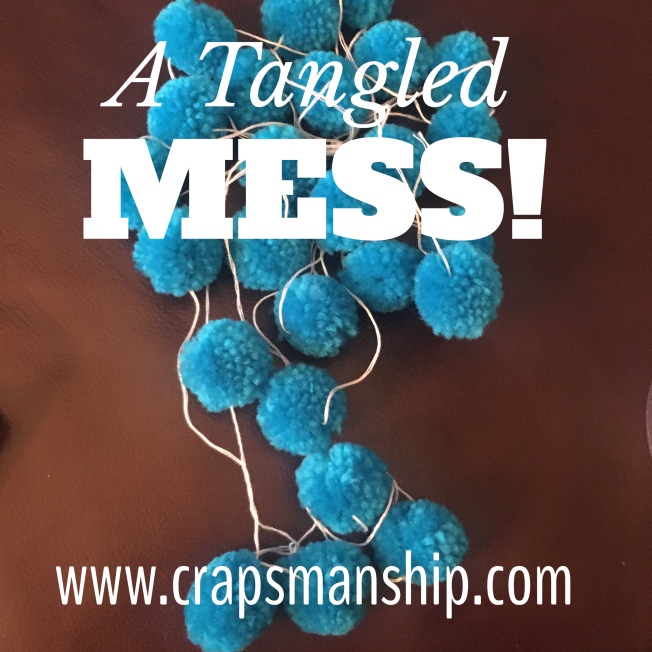 Several months ago, I received a free package of pompoms at JoAnn’s. I knew they would be perfect for a garland for my Christmas tree, so I quickly set to work.

I used a needle and thread to string the garland, being ever so careful to make the spaces between pompoms the same throughout. When I was finished, I was extra attentive to the task of storing the garland so it wouldn’t be tangled when I was ready to drape it over my tree limbs. CRAP ALERT: As you can tell by the picture below, I was completely unsuccessful. It didn’t help that I dropped the garland, but I think it would have been hopelessly tangled even if I had kept it in my hands. Dan the Man offered to try to untangle it (yes, I married a thoughtful man), but I consider this a crafting failure. You can’t win ’em all! 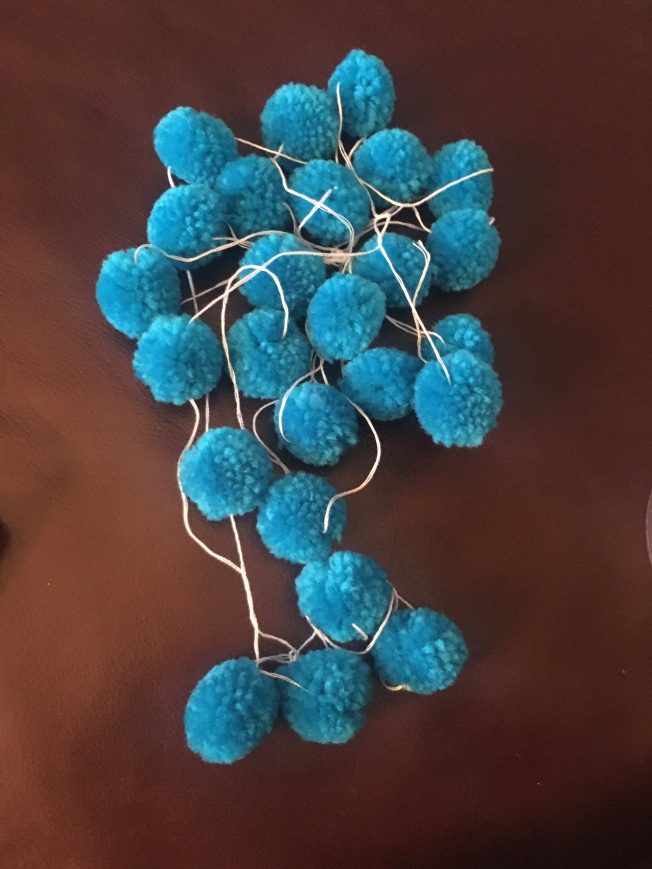